May 11th is Census Day

Census reports can be a helpful tool in researching genealogy and family history.

The first 'official Census of the Dominion of Canada was taken in 1871.
​
Census enumerations were conducted in different areas in various years dating back as far as 1625. The Library and Archives Canada holds an extensive collection of Canadian census records many of which have been digitized.

This excerpt from a page of the 1871 Census provides information on several Oxford families.

You will find Oxford data was collected under River Philip Sub District in the 1871 census. 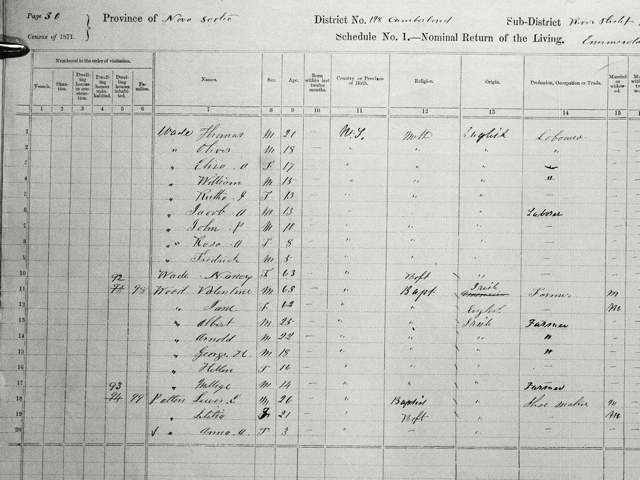